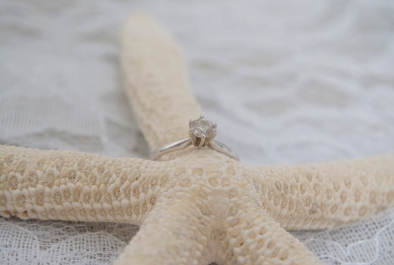 Kristen and Tracey’s wedding at the Shifting Sands Beach Club in Virginia Beach, Virginia was both endearing and lovely.  There were so many sweet moments that we adored, from the “first look” between Kristen and her father to the sweet couple holding hands around a corner so that they wouldn’t see each other before the ceremony as her father prayed with them.  The day was such a reflection of a loving relationship between not only the bride and groom, but also between the families who joined together.

Kristen and Tracey went to college together, but that is not where they first met.  When they were little, they both attended the same Kindercare in Hampton Roads.  Over the years between Kindercare and the first day in college, however, they didn’t keep in touch.  Kristen’s family had moved further west into the Virginia mountains, about 50 miles east of the West Virginia border.  Tracey continued to reside in the Tidewater Region, and grew up in Smithfield.  Their paths would eventually cross again as they approached their college years.  They both applied for the same colleges and were both accepted into the same college.   They met again on “moving in” day, and eventually began a beautiful relationship.

Kristen and Tracey were such a joy to photograph throughout the day.  From the moment we arrived at the beach condo, you could feel the love and warmth of her, her family, and her friends.  Eventually we moved to the beach to photograph the bridal party.   The ladies looked absolutely elegant in their “Spa” colored gowns.  Kristen, of course, looked stunning in her lacy bridal gown, complete with heirloom earrings from her mother.  The groomsmen wore tan tuxedos with “Spa” boutonnieres and bow ties.

Even though the ceremony was rained out by a strong thunderstorm and had to be moved indoors, the joy never left their faces!  Kristen and Tracey wrote their vows and sweetly spoke them to one another as the pastor led them.   Fortunately, the rain cleared out just in time for us to photograph them on the beach for their first walk on the beach as a married couple.  Their wedding was absolutely beautiful, not only because they looked amazing, but more importantly because of the evidence of love displayed throughout the day that they cherish. 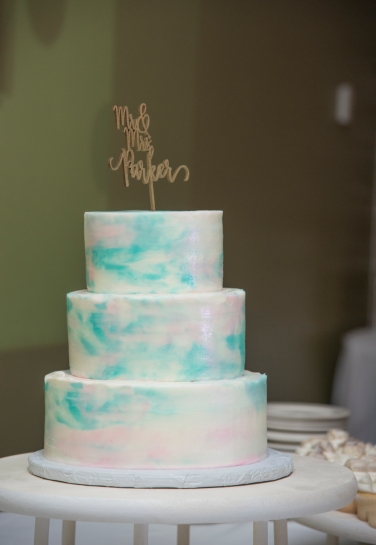 Bridal Gown: All the Rage Boutique